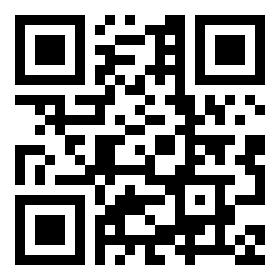 Ddendyl Hoyt
"Where I Come From"- Official Music Video
https://www.youtube.com/watch?v=d8XhvRmoB-E

https://en.wikipedia.org/wiki/Wild_Horses_(The_Rolling_Stones_song)
"Wild Horses" is a song by the Rolling Stones from their 1971 album Sticky Fingers, written by Mick Jagger and Keith Richards. Rolling Stone ranked it number 334 in its "500 Greatest Songs of All Time" list in 2004.
In the liner notes to the 1993 Rolling Stones compilation album Jump Back, Jagger states, "I remember we sat around originally doing this with Gram Parsons, and I think his version came out slightly before ours. Everyone always says this was written about Marianne but I don't think it was; that was all well over by then. But I was definitely very inside this piece emotionally." Richards says, "If there is a classic way of Mick and me working together this is it. I had the riff and chorus line, Mick got stuck into the verses. Just like "Satisfaction". "Wild Horses" was about the usual thing of not wanting to be on the road, being a million miles from where you want to be."[1]

Originally recorded over a three-day period at Muscle Shoals Sound Studio in Alabama during 2–4 December 1969 while Albert and David Maysles were shooting for the film that was titled Gimme Shelter, the song was not released until over a year later due to legal wranglings with the band's former label.[citation needed] Along with "Brown Sugar", it is one of the two Rolling Stones compositions from Sticky Fingers (1971) over which ABKCO Records co-owns the rights along with the Stones. It features session player Jim Dickinson on piano, Richards on electric guitar and twelve-string acoustic guitar, and Mick Taylor on acoustic guitar. Taylor uses Nashville tuning, in which the EADG strings of the acoustic guitar are strung one octave higher than in standard tuning. Ian Stewart was present at the session, but refused to perform the piano part on the track due to the prevalence of minor chords, which he disliked playing.
Print
Open