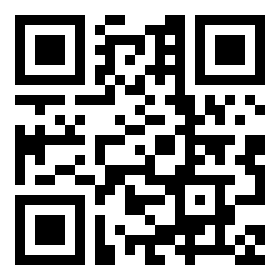 Thut-"Moses" IV, Hall of Records & The Face of the Sphinx

A theory based on evidence and reasoning. What was the story behind the biblical tale of Moses and the Ten Commandments? Was there a Hall of Records? Whose face is on the Sphinx? What was in the Ark of the Covenant? ....watch the video and... read more
Video On The Go VIDEO PAGE EMBED 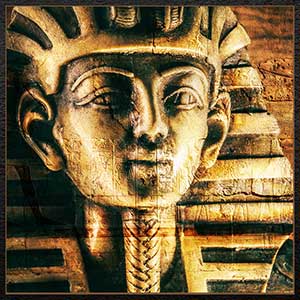 A theory based on evidence and reasoning. What was the story behind the biblical tale of Moses and the Ten Commandments? Was there a Hall of Records? Whose face is on the Sphinx? What was in the Ark of the Covenant? ....watch the video and I'll tell you.

Tehuti had been a god of the moon and balance, so almost all the names in Thutmose’s family followed one of those themes. His father’s name meant “born on the full moon,” and even more telling, Thutmose himself was named “born of Tehuti.” He had heard many stories about his great ancestor and believed that, because of his name, he was destined to become Tehuti’s heir in the living plane. The next great alchemy wizard.

His head proudly rose a few inches as he recalled the tales. Tehuti had been the father of alchemy, it was said, and his works had spread all over the world. Recent works on alchemy were mere imitations of Thutmose’s great ancestor’s, and they built upon research already done rather than new discoveries.

And now, Thutmose would have access to the original works, written by the king himself.

Few people outside his family knew about these heirlooms. They were almost all that was left of Tehuti’s works. The Emperor Diocletian had destroyed every one of them he could get his hands on, though Thutmose couldn’t at the moment recall why. The why had never been as important to him as the injustice of destroying his ancestor’s brilliant research. His family had taken what works they still had left and hidden them away to protect them. Though Diocletian had long since died, these heirlo

In Lost Secrets of the Sacred Ark, Laurence Gardner reveals that the keys to all this are: (a) Mfkzt - referred to by the Institute of Advanced Studies as ‘exotic monatomic matter’, and (b) the amazing technology of Superconductivity - acclaimed by the Center for Advanced Study as ‘the most remarkable physical property in the universe’.” (Lost Secrets of the Sacred Ark) [Note the symbols on this site: the Phoenix in a nest of flames, the Celtic Cross and quartered circle]

“We are reminded of the mountain upon which (or within which) Moses acquired the Tablets of Testimony. In occult lore these tablets are traditionally equated with the Emerald Tablet as well, for there is a secret legend which states that Moses acquired the Tablet from the priests of Egypt prior to the Exodus.” (The Real Tomb of God: The Grail, the Ark, the Emerald Tablet, and the Forgotten Father of Mankind)

“The Tables of Testimony...not to be confused with the Ten Commandments...are rather more associated with the original Table of Destiny of the Anunnaki... This ancient archive is directly associated with the Emerald Table of Thoth/Hermes, and, as detailed in alchemical records of Egypt, the author of the preserved writings was the Biblical Ham, a great Archon of the Grail bloodline. He was the essential founder of the esoteric and arcane 'underground stream' which flowed through the ages and his Greek name, Hermes, was directly related to the science of pyramid construction, deriving from the word herma, which relates to a 'pile of stones'.” (348:219)

Notwithstanding that the Bible records the Hermetic magicians of Pharaoh’s court were thoroughly outdone by the power of God working through Moses, Jewish Kabbalists portray Moses as one of their own. They will soon be claiming that the Tables of Testimony were not really the Ten Commandments but a miraculous rock which roars when the true Grail King, the Antichrist, is enthroned in the rebuilt Temple of Israel. http://watch.pair.com/atlantis-rising.html

The Quill is from an ostritch bird, which was the Ma'at feather, symbol of Justice. Ma'at at is the symbol of the mystery schools. The Quill was symbolic to the bird, used by Tehuti. The Ibis bird is similar to the goose which represents GEB.

The finger recording on the tablets that made up the Positive and Negative Confessions, which later became El Torah' The Hebraic Doctrine' Mosesism Our First Degree, Christisn Our second degree which yield the Islamic Doctrine. Our Third Degree of the nine degrees. The Positive and negative confessions were the Declaration of Innocence. Long before the Neter of the Tribunal, and Unmistakable, Replica of the Ten Commandments.

That Yahweh,(Yahuwa), Jehovah according to kemet- was neter Tehuti.
In this case wrote with his own finger ......

In fact - there were 613 Commandments originally.
Print
Open