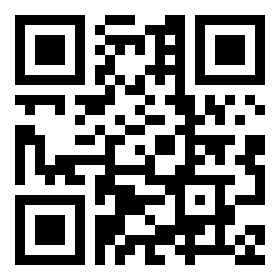 Boxes on a Conveyor Belt – 8 plus Four: two Cycles

Boxes changing in EIGHT drawings while the ROLLERS Cycle in Four drawings.
Video On The Go VIDEO PAGE EMBED

Boxes changing in EIGHT drawings while the ROLLERS Cycle in Four drawings. A Very Important point to remember is that a Cycle like this is meant to be a SECONDARY element --> NOT the primary focus. Create a cycle, or several cycles going on to add interest in a shot where the main focus is on your featured Character searching around, or preparing for work, or Fist-Fighting with the Villain. Use cycles to enhance a shot that could work basically Without them.

Several Tricks in this:

(1) The boxes are all identical in Every Frame; to do this, the perspective is ISOMETRIC, so that the boxes do NOT change as they move through the scene. You might use a cycle like this in the background of a scene, in which you want the attention of the audience to be focused on – for instance – a couple of characters fighting in the foreground. So this sort of trick frees up energy that you can use on things that REQUIRE more intensive labors.

Comment:  This can legitimately be called a Cheap CHEAT, but treating each box in proper perspective would mean EVERY SINGLE Box in EVERY SINGLE FRAME would have to be uniquely rendered, whether by Hand, or using some 3D rendering application. The Application might be able to do the render automatically, but that still can be an EXPENSE that comes out of your production budget, and you may need that for other more important tasks.

Basically, the boxes just need to be spaced in the first FRAME so that they're close enough that they can each cross the distance from their start positions to the position of the box ahead in 8 equal increments.

So in EVERY FRAME, each box has to travel One-Eighth of the distance from its original position, to the STARTING position of the Target box that it is replacing. There are several ways of determining those increments. You can figure out a few yourself, but BE consistent in applying the system to EACH box. The nice thing here is that you don't need to consider changing velocities. That is, you don't need to worry about acceleration and deceleration, just continuous movement.

Comment: In a first introductory course for animation students in a Degree Program, I try to introduce a series of Basic Techniques, including fairly Simple Cycles, that demonstrate Fundamental principles, and at the same time, INEVITABLY give students a basis for grasping how much CHANGE Between successive STILL drawings results in a particular RATE of movement in the ANIMATION when the sequence is projected after rendering.