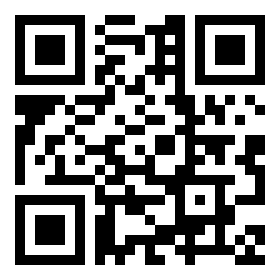 Strutting along a path – This shows all 8 drawings as an example to study. It should help new animators to see how much the poses change from one drawing to the next, compared to how the sequence PLAYS in real time.
Video On The Go VIDEO PAGE EMBED

You might think that since walking is something most of us do every day, all day, we should be fairly familiar with the details of putting one foot in front of the other... In fact, walking is like breathing –– almost entirely automatic, managed by some brain/spine circuit that mostly by-passes our primary attention focus.

You can certainly "stage" a walk from any point of view, but you'll find that some POVs will be much more difficult than others. To get students started with the walk cycle, I have for decades begun with an exercise showing either a straight SIDE VIEW, or a 3/4 view, showing the entire body, with the "camera" at or slightly above eye-level. That's how we see a LOT of actual walks.

•    Probably you've noticed that there is no rail fence, nor bushes, nor flowers – no scenery moving past the walker. I was just too lazy to do those. Eventually (I know I'm using that word a lot.) I'll add some cycling details beside the walker -> as a whole nother DEMO!!!

Almost twenty years ago, Chris Wedge – Founder of Blue Sky Studios – invited the brilliant animator Richard Williams to give a series of "Lectures" sharing his insights into the animation process to a group of experienced animators at Blue Sky Productions. There is a wonderful package of DVDs (I'm sure available since in downloadable documents) showing those lectures, with his explanations given before the audience, and quick sketches drawn as they watched.

Later, Williams and his staff (?) spent about six months animating the sketches he had done on a couple of Whiteboards –– "Bringing them to LIFE," so to speak, often with multiple variations for comparison. The DVD set was sold for a little over $100 USD, as a companion to his book, The Animator's Survival Kit. Both the book and the DVD set are worth every penny.

Mr. Williams was one of the most prolific and masterful animation virtuosos of his generation.

I often told my students –– without false modesty –– that I'm just some guy... someone who was very lucky to have enough talent to work with a whole bunch of animators who were far more skilled than I was. I learned a BUNCH at every new job I lucked into along the way. So when I mention that I recommend a different process or structure than what Richard Williams shows, that's not to argue that he is wrong and I'm RIGHT. Much of my experience comes from working early on Low-Budget projects: Children's TV Workshop films for Sesame Street and The Electric Company were fun, but they didn't have the sort of funding that a commercial spot for a BUSINESS could justify.

For Instance, when I was just starting my career, selling and producing local spots, and TV Public Service Announcements for Federal and State Agencies, I was working with budgets one-tenth the size that a Nationally-based Drugstore or Grocery Chain or Car Dealership could justify for developing its TV commercials. In that context, it's also important to keep in mind that a Weekly broadcast entertainment TV SHOW often has a production budget per episode that might only be equal or less than the production budgets for its sponsoring commercials. Movies are RISKY, hoping to make their $$$ from ticket and concession sales around the country, or even the World. A TV show is usually sold in advance, and its cost of production has to come from the network and the sponsors, before they see any return on THEIR investment.

Still,  you can create Fun Animation with the figure changing 8 times per second, instead of 12 or 15 or Every fer-Pete's-sake FRAME!!!

But this does require that you know how to adjust some of the details. ••••• I have delivered hundreds of projects with 8-drawing walk cycles, and NEVER ONCE had a client complain that the walks were somehow unsatisfactory. But while I have animated sequences for Warner and Nickelodeon and a few other franchises, I haven't animated for Feature Films.

Richard Williams' Lectures are primarily for an audience of animators working on Features and projects that aim for the highest standards.  A 12-drawing walk cycle might be required as a standard, along with much greater subtlety overall than is normally expected in a 30-second local or regional spot that might only run for a few weeks. Also you have to remember that Williams was addressing an experienced audience of animators who had been working in the industry for a decade or more.

There are challenges in a 12-drawing walk cycle that really require more experience and judgment than working out the Tweens for an 8-drawing walk. That by itself is a compelling reason to introduce newbies to the 8-drawing walk.

One Trick that will help you keep track of the two legs is to use DIFFERENT COLORS for the Near Leg and Far Leg.

Otherwise I STILL get'em confused after doing this stuff for DECADES!!!!