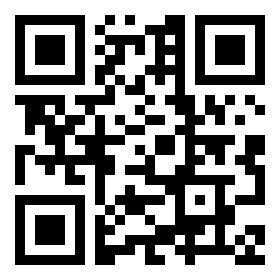 Animated Story board Panel "When Rome was in Flour"

Sketchy Rough figure drawings for comparison to the finished "Cleaned Up" figure drawings. By doing loose scribbledy sketchy drawings I can do these and CHANGE them much faster than precious careful drawings.
Video On The Go VIDEO PAGE EMBED

Sometimes it can help get through a demanding task if you're prepared by knowing the general dimensions of what you're getting into.

For students just starting out, I show this crude Sketchy Rough animation, pointing out that this is pretty typical for my FIRST PASS animation. I will play it repeatedly, watching first one detail, then another. That's how I spot really BIG problems, and even get a sense of where I want something to be a little less, a little more, or just different. I might just add some lines in a different color, without throwing anything away, or even erasing.

It can help keep things in perspective, to know that the rough sketchy drawings can be useful for judging, even though they might require only five minutes to scribble each one. Then I tells'em that even after doing animation for all these decades, it still takes ME as much as 15 or 45 minutes to Clean up and Opaque each of the Finished Figure Drawings. The Clean drawings take Much more concentration!

After doing animation for a while, you will establish tricks and routines that work for YOU. There are lots of variations of technique that can work. The point is to avoid wasting your energies on actions that are not absolutely essential... for instance, trying to draw your character with far too much detail or precision at the beginning. There aren't many animators who can do that and maintain consistency.

Just as an architect starts with sketches... "Do you want a Gabled Roof? or a Cape Cod Salt Box?"  "Grand circular double stairway, or hidden elevators?"  "Stables for the animals, or just house'em under the human living spaces, and use their body warmth to heat the upstairs?" Lots of questions that can be settled BEFORE you begin doing painstakingly careful and detailed work.