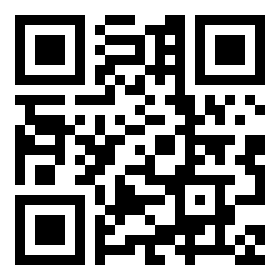 Walgreen's Corporate office commissioned this for nationwide broadcast; ended up using it 4 years or longer. Selling storyboard and animation by David March; Music by Silvain Acher.
Video On The Go VIDEO PAGE EMBED

This production was traditional figure animation, drawn on paper using a back-lit animation disk. The drawings were entered to Quantel Paintbox via a B&W camera, cleaned up, colored, then composited to the rendered background in several passes, to Abekas digital disk, then to broadcast digital tape. For dozens of local spots, I almost invariably budgeted for color models and a reasonably clean pencil test for the client to view, to be sure things were going according to plan.

This production had enough time and $$$ that I did THREE pencil tests, tweaking the movement. The Client likely viewed the second... In all the decades, I've only had a single commission with the broadcast date so close –– and unchangeable –– that the client trusted me enough to skip viewing the pencil test stage. (I had already delivered several spots for that client, so they knew how I worked.)

Early on I realized that business owners had to be pretty sharp to STAY in business for more than a few years. They likely had reason to be a little skeptical of Flakey Artists, and giving them a pile of money up front must have seemed a shaky proposition.Opening an animation studio in a market where NO ONE had ever originated a TV spot using animation... in retrospect, bordered on insanity. But I went around to the local agencies and showed 'em my stuff, explained the stages of production. Even wore a fer-Pete's-sake 3-piece suit and banker's shoes –– the ones with all the little pierced holes... Then my brother and I and our little band of freelancers HUSTLED to get everything done. Over about six years, we delivered about twenty TV spots, scores of 4-color print projects and storyboards, a dozen technical information programs, and two 15-minute educational films for kids.

Toward the end, I became aware that I wasn't charging nearly as much as outfits in other markets. Even though I was always making a money on each job, and paying our suppliers and contracters, very little of that was going into my brother's pockets or mine. Time to re-think and re-tool.