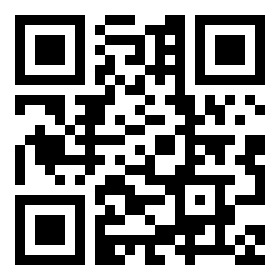 Bob the Weatherman Trapped in Paintbox

Our favorite Cincinnati Weather Reporter gets sucked into the TV Graphics Systems, and only the Courageous Artists at Instant Replay Video Productions can Extricate him before he creates CHAOS!
Video On The Go VIDEO PAGE EMBED

"The Magic of Television"

Instant Replay was a multi-million-dollar production company started by Terry Hamad, that he built into one of a small handful of Cincinnati studios serving regional and national clients. I didn't realize until I took the job offer from Jon McClenahan to work in his Startoons Chicago studio, that Downtown Cincinnati could be dropped into the middle of Chicago without making a noticeable ripple.

For all that, Cincinnati has a LOT of cultural activities going for it -- lots of live music going on year-round -- Jazz, Rock, CW, Folk, Big Band, International troupes, Classical, Celtic... You could go to a different club every weekend and hear some great music, because for generations, the city has been on a circuit for touring acts from New Orleans to Chicago and parts north.

About the Video --  First, I would caution any animator asked to animate a CARICATURE of a client –> Be certain you work with the client enough that they are HAPPY with your Caricature; it's pretty natural that most folks will be mighty particular about how that caricature LOOKS! In this instance, I spent a long weekend sketching from a stack of 4x5 photos of Bob the Weatherman supplied by the station. By the time I'd done a hundred sketches from all angles, I could do a consistent and reasonably charitable likeness of the guy, that didn't make him feel like punching me! But it required doing all those sketches!!! Portraits and caricatures are mighty demanding –– some folks have a gift... but it's a separate gift from the craft of animation.

Those of us working on staff at Instant Replay had done a Ton of production work, including some favors, for Producer Jim Friedman, and the station. This collaboration was a way of creating a "Show-off Piece" that was legitimate entertainment, but also helped show the individual talent and the technologies we had available. Several of us on staff ended up receiving regional Emmys, at least partly from the energies we poured into this half-hour show.

As he accepted his 17th Emmy that night (he'd done great work for several decades) Producer Jim Friedman told a story on himself: When he was in college some years before getting involved in TV production, he had dated the daughter of a Cincinnati TV producer. Jim didn't realize the man had dominated the Emmy awards competitions in the Mid West. Standing in the man's den one evening, waiting for his daughter, he was impressed by the dozens of Gleaming Gold Trophies lining the shelves around the room. As they headed to the car –– he confided to the audience –– he commented to his date, "Gee, your dad must do a LOT of Bowling!"