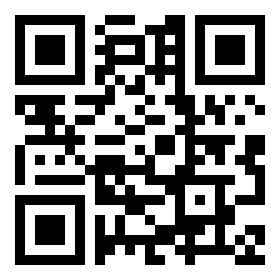 Learning Lightwave 3D After having learned four other 3D programs was STILL a challenge, because every one of 'em has its own sequence, order, and logic for getting to similar goals. Wavefront was originally designed by the engineers at Industrial Light & Magic –– or so we were told –– as a control system for a big camera rig in order consistently to duplicate pans, rotations and zooms in repeating camera moves for the Original Star Wars movie. Remember the Canyon Dive in the Death Star Attack?

Engineers are trained to think in ways that are relentlessly logical and rational. Animators... not so much. Lightwave 3D seems to have emerged as a toolset more accessible to the wacked-out minds of animators. But ever so gently, it nudges and steers us toward the light... so that in the fullness of time, we begin to work the levers in ways that conform to an underlying rationality.

I think some Coder for the application must have worked with laboratory rats for a while, setting up small challenges with food pellet rewards along the way, leading even the most timid and reluctant rats to press the correct lever to gain a reward. I almost imagine you could get a lab rat to design animation, if you just set up the reward pellet trail with enough imagination. Wow. Gives me a chill to think of it.

Wait a sec, while I munch on this Frito I just found.

This is a plain self promotional demo to show what I can do. Working at Atari Games in Milpitas ("Coin-op division") I was assigned to three "core teams" -- Primal Rage was about half finished when I was hired. Next game was Atari's first Hi-resolution 3D game... 87K polygons for the figures was pretty advanced at the time. We animators were sent for an intensive week of training with Sandy Scoredos at Wavefront's Santa Barbara Headquarters. But it took most of us animators another month of long days working with our Silicon Graphics Sparc™ stations before the silly software stopped blowing up in our faces. Happily, this was during the development period, when we were working out game ideas, insults for the characters to toss at each other, refinements of character and environment designs, fighting moves, sound & special effects ideas, and so on. But the learning curve for Unix-based Wavefront Kinemation was pretty steep.

The first six weeks of a two-year development schedule were devoted to brainstorming the characters, plot/premise, ideas for titles, names, backstories, alliances, quirks, secret weapons, moves & defenses, fighting styles, homes, hovels, caves, dens, fortresses, trophies...  you get the picture. All to be sketched, shared, debated, shelved for a while, and reconsidered later when there were additional  ideas for comparison. When the team chemistry works, its a great way to bring out a creative flood. Then work on fleshing things out, build a couple of "levels" for several of the characters to show their moves. That can bring you out past six months, where you need to get feedback from game testers. I'd never had a chance to see how companies do this. You learn a Lot, about both the testers and the folks evaluating the testers' responses.

• After the general outlines were "staked out" we started cranking out the agreed designs. Even though we were all using the same software packages, we had distinct tasks for months at a stretch ---> Division of Labor; several members focused on environments / backgrounds for the fighting arenas; some concentrated on Character appearance costumes, & weapons,the rest of us did animation.

Even with the $30k Sparc stations, we animators often had to turn of the polygons, and just animate the stinking SKELETON! Otherwise the process slowed to a crawl. So in all that time, we animators were preoccupied with animating, No time to learn modeling and texturing. So later I jumped at the chance to learn those working with Lightwave. We all put in a LOT of hours, on the project itself, but also into just mastering the flaky software/hardware.

See, we were also one of many companies around the world that had been "invited" to Beta-test applications from Wavefront, Adobe, and several other manufacturers. Sometimes an entire team would test, and other times, just one person -- Sometimes that just meant spending five or six weeks working with the application... Long enough to try the new features, using the instructions and your own work-arounds for bugs encountered. Then finally writing up a report/critique. It could be intrusive, but it also meant that you were getting a chance to maybe nudge the manufacturer to fixing some bug you would otherwise have to deal with for a year when the product was released.

•  We had a rule to Never EVER upgrade to a new version of software we were using before the project was finished. Bad things happen when you do that. Odd how many executives in institutions of all sorts don't grasp that concept.

Well, things have improved and advanced all around since then.

When I first started learning high-end 3D, the Unix-based systems were half a million $$$. That included Wavefront, Symbolics, Alias, Vertigo and a few other Unix-based cousins. By the time I started at Atari, the Silicon Graphics Sparc station was $30k, and Wavefront software was also down to $30K. Now you can get a hand-held device bundled with Maya that comes as a prize in a Cereal Box!!!

Next it will be a microchip brain implant. Betcha.