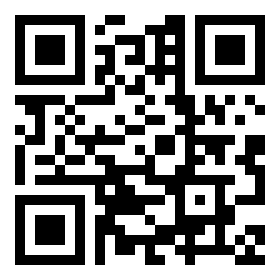 This has sequences I produced & animated with Instant Replay, Cincinnati, and Startoons Chicago – excerpts from the studio Demo reel sent me by Chris McClenahan and a few bits from March Brothers Animation.
Video On The Go VIDEO PAGE EMBED

Working at Instant Replay Video – one of several full-service Cincinnati studios serving a national client base – I got a handle on "High-end" CGI 2D and Unix-based 3D production, then spent several years freelancing and teaching my skills at Xavier University and University of Cincinnati DAAP part time, then with a full time appointment – That's the School of Design Architecture, Art and Planning. The school has an Excellent program with long-standing relationships with world-class advertising agencies, architectural firms, medical equipment manufacturers, engineering firms, city planning departments, et cetera – I learned it's one of the best Cooperative Education programs in the country; really tremendous experience for the students.

This allows students to spend alternating terms interning cooperatively with these groups, then returning for more academic courses. So they're learning on the job, and seeing how the things they see in classes actually play out and unfold in a professional work environment. (Students had to maintain a "B" average to continue in the program. I can tell you, they were motivated!!!)

•    So about that time Jon McClenahan first asked me to animate several sequences for an Encyclopedia Britannica series he was producing. Shortly afterward, he invited me to relocate to Chicago to supervise & train the new hired assisting animators, and animate shots for the new contract just starting up.

He did seem a little surprised that I rang his doorbell before he'd hung up the phone!

He told us he had worked for most of a decade in the Australian Hanna Barbera Studios, rising to a directing animator contributing to several features. He returned to his home town to set up his own studio – Startoons Chicago – and pretty quickly signed a ten-show contract from Warner Brothers – episodes of Tiny Toons, Animaniacs, and Taz-mania.

Jon was one of the most deft directors I ever worked with. I rarely saw him need to erase a detail, or re-do a pose. So his direction poses really made animating a breeze. He was generous with his time and energy, sharing insights and tricks-of-the-trade with his animators. I'd been producing, animating, storyboarding and training animators for almost 20 years, but I have to thank Jon McClenahan for sharpening my directing, animating & posing skills ==> raising me to the next level in the time I worked for him.

This demo assembled by an editor at Atari Games includes a short bit of animation from the un-released game "Vicious Circle" and even a few bits from March Brothers Animation –– the tiny studio I operated with my brother Don in coastal Virginia, in my 20s... Larval stage.