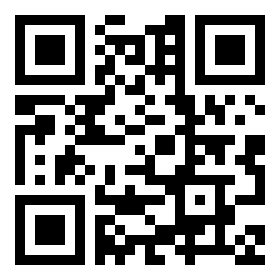 This is the opening for the children's CD game, produced by Know Ware for Nickelodeon. Credits show the folks who did the work on this sequence. Additional people may have contributed to the game, as should be shown in the CD ending credits.
Video On The Go VIDEO PAGE EMBED

For this CD game I did a lot of animation of the popular and much beloved* character Tommy Pickle, plus a few other characters that showed up for cameos. Nickelodeon had just gotten a feature film in theaters, and so they were able to give us the most extensive character model files I had ever seen available for any project I'd worked on. On the other hand, Tommy Pickle has the most bizarre head of any character I've had to animate. I made a plasticine model to fix firmly in my brain all the lumps and odd shapes that comprise that noggin. Maybe it's a mental thing.

The only other time characters were that challenging was when I animated the demented but also much beloved "Rat Fink" characters –– creations of Ed "Big Daddy" Roth, Iconic southern California Hot Rod designer of the 1960s –– for a Kenner Toys video to introduce the line of toys at a national trade show. The primary production tool was Aura™ a vector based animation application by NewTek, the same folks who make Lightwave 3D.

This was one of the only studio animation productions I'd ever worked on in which the animators also added the colors, and composited their animation. Went pretty fast considering, and everyone in the small crew did amazing work. Mike Bailey is one of those multi-talented directors who can animate, compose and perform music, and keep everything in balance. He also gave the clearest and most direct critiques of sequences --- it's great to have that clarity for refining a sequence after "first pass."

* My attorneys tell me I need to acknowledge that Tommy is a "beloved" character. Somewhere. I'm guessing the people who feel that way never had to animate him. Especially the close-ups.