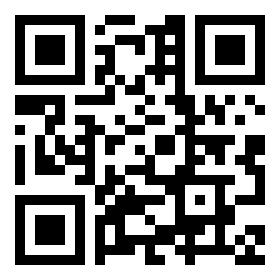 How to Plan Animation of "Slither, Swoop & Splash" Challenge

This video shows how to use Paths and Simple Starting Treatment of Critters to "Map" the developing Animation.
Video On The Go VIDEO PAGE EMBED

To make sense of this movie,  Compare it to the FINISHED Animation showing the completed Bird with wings flapping, and the Snake, and the Leaping Fish.  Maybe watch both of em a few times, and the instructions below will seem less confusing.

(By the Way, Before you try working on this challenge, You should already have animated a Bird on a Wire – Just the bird by itself, with nothing else animating in the scene. ONE problem at a time, to avoid confusion and distractions.)

For That exercise AND for this one, you first draw:

Remember that there must be a Partial Bird at Each End where the bird ENTERS the FRAME, and another partial bird where it EXITS.

(3) Now return and Number the birds, 1,3,5,7,9,11,... using only the ODD numbers from first to last bird. Later you will come back and draw a Transitional Bird, one for each EVEN number.

(4) For the Fourth Stage of the Bird, draw a set of WINGS: UP for one body, then DOWN for the next. This way, you make the bird flap its wings up,down, up, down,up... all the way through the sequence.

(5) Now, TRACE EACH Odd-Numbered Bird, along with its flapping wings Onto its own page, numbered the same as the Bird so that you have a sequence of numbered images in which a bird follows the original path. For the positions, I STRONGLY recommend using a two digit number – 01, 03,  05, 07, etc., NOT 1,3,5,7... Because the computers think that way and they will sort and display things WRONG if you don't do things the way the Stinking Computers use'em. Sorry. I don't make the rules.

Comment: Every Application is likely to have slightly different ways of displaying timelines, so I'm just going to say: Make sure that you leave enough space between each successive ODD-numbered bird to come back later and INSERT the Even-numbered TWEEN. Best way of doing this at this stage in almost EVERY application I've seen, is to just assign two frames to each of your Odd-numbered Birds. That allows you to come back, erase the second frame of each odd-numbered bird, and insert a NEW Even-numbered bird.

(6) REVIEW your own animation. For the first few times, just watch at regular speed, 24 frames per second, or if you have chosen VIDEO rate, 30 fps. Each time you watch the sequence, try to follow a single detail, and decide whether it's doing what YOU expected. If NOT, think about how you would PREFER for that detail to work, and return to the frame and adjust it.

•   Comments: Once you've done this sort of Flying Bird treatment, and studied your own work a little, you will see different ways you can adjust the flapping wings to make them seem more natural. But NO ONE is enough of a genius... well, very few folks... to make something PERFECT the very first time.

•    Don't OBSESS too much about FINE details at this stage, since you will be adding transitional poses between EVERY one of the Odd-numbered positions.

––> Now for the in-betweens – NOT! I'm not going to deal with that here, because You can SEE that just trying to get into the details of the first stage takes a PILE of stupid instructions. We'll get back to doing In-Betweens, and you'll see that for some operations they CAN be reasonably EASY.

Remember, you don't have to be a Genius to do most of the operations of creating Animation... but it takes a while, learning the small steps that go into the whole construction, and see how they all work together. I've met several people along the way who managed to work out the process without any instructor or book. Amazingly, their methods were VERY Similar to each other, and to the Industry STANDARDs, but they used different WORDS to describe them.

It Turns out that producing and designing Animation is fundamentally a logical and RATIONAL process! Who'da Thunk????