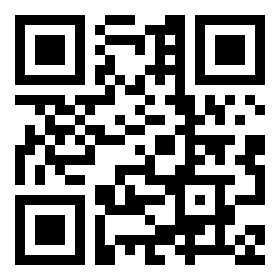 This is an 8-pose Looping cycle that uses the features of the program ToonBoom to move the figure diagonally upward, while the movements cycle. This makes the figure appear to propel itself up the slope. Sneaky, right??
Video On The Go VIDEO PAGE EMBED

You might want to compare the motions of this stick figure skier to the Angry-looking Squid. I don't know why it seemed appropriate to use that expression on the Squid's face. I think I meant for it to convey intense concentration, not Anger. But the most important thing about the two sequences is How the skier Uses the POLES to propel the mass of the body forward --- Reaching out, Plunging the poles into the snow, then PULLING to advance over the surface. Not at all like skating, or Downhill Skiing, right?

•     If you think through the movement you're representing, you can usually "map out" even fairly complex actions in just a handful of "KEY" poses that describe the sequence pretty clearly –– for instance, shoveling dirt or snow; lifting a mug of coffee or chocolate, sipping and returning the mug to the countertop; picking up a spoon, stirring a pot of soup, and returning the spoon to it's holder; pounding a spike with a big hammer; plunging a bucket into a tub and tossing the water out of frame; Chopping a hunk of wood with an ax, so the splits go flying out of frame, and another chunk of wood drops into position ready for the next ax-blow... You can probably think of lots more actions like these, that can be repeated.

The hardest thing for me to get past is Worrying about LOGIC and Realism. But Really... No ONE Wants THOSE!! It's okay for another chunk of wood to appear magically after the previous one is split and the pieces fly away!!! Especially if you're doing a story for laughs... as the Animator, YOU get to decide how much "Reality" is added to the mix.

• As a Side Note, you'll become aware that a lot of animation instructors will have students use their smart phones to capture videos of themselves and other students performing some action to make "Reference Videos." These can be viewed and analyzed, or they can be installed inside the 2D or 3D animation application.

This has value. Studying the details of motion will help your animation. LEARN from that, just don't let the reality TRAP or Confine you. "Motion Capture" of real humans performing can be an essential process for Sports and Combat Games, but the animators who work with "Mo-Cap" data have to spend a LOT of their time adjusting and editing the movements to make them work in the games.

Even with "reality" references, your animation usually needs interpretation and punctuation, or it can seem robotic.

It's not a substitute for learning how to set up and adjust the poses and timing yourself.